If you look past the prophecies that intelligent machines are going to take over the world and kill us all there are some pretty exciting developments happening in artificial intelligence. Effective AI is reliant on data, as the shipping industry develops better big data capabilities, the opportunity to build new systems that can help humans operate vessels more safely and efficiently is growing. There are already a number of exciting innovations being applied to shipping, and a whole host more outside the industry. In this post, we will give you a snapshot overview of how AI works, and how it’s being applied today in shipping and logistics.

How does AI work?

Before diving in to look at current and future AI applications in shipping, it’s important to understand what AI is, and how it works. For the purposes of this post, we are principally focusing on the use of machine learning which, broadly speaking, can be split into four broad types; reactive machines, limited memory, theory of mind, and self-awareness.

Reactive machines are computers which cannot form memory or learn from past experiences, they merely react to the world around them based on a pre-programmed set of rules. IBM’s Deep Blue, which famously beat international chess grandmaster Garry Kasparov in 1997 is a perfect example of a reactive machine. Deep Blue knows what chess pieces are, it can understand where each piece is, and it can pick the optimum move to take based on the current state of the board. What Deep Blue can’t do, however, is remember any of the moves that came before, it just looks at the pieces on the board as it stands right now, and chooses from possible next moves. Google’s AlphaGo works in exactly the same way, although it uses a much more sophisticated analysis method.

Reactive machines are a narrow AI, they are great at playing specific games and following a prescribed set of rules but they are useless at just about everything else. They will always produce the same result, given a particular set of inputs which makes them highly trustworthy but they can’t interact with the world in what we would describe as an intelligent manner.

Reactive machines will never get bored, but they also will never take an interest. They will just do whatever they’ve been programmed to do, and more than likely do it better than a human ever could.

Limited memory allows machines to look some way into the past to make better decisions. For example, an autonomous ship will measure the speed and heading of other vessels in the area to establish the closest point of approach. It’s not possible to assess speed and heading in a single moment, the machine must log information over time to make an assessment. By combining dynamic data from the real world environment with static data (e.g. a chart), the vessel can take appropriate action. This technology is already widely being used in autonomous cars, which interpret the world around them while they are on the move and react accordingly. 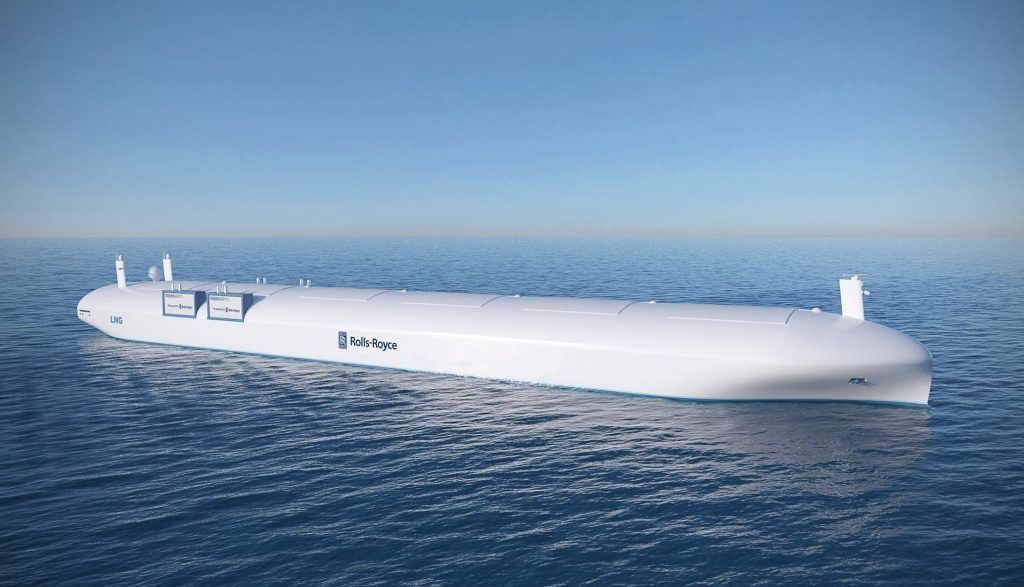 As you’ve probably guessed from the name, the ability of these computers to remember is limited. Sticking with the autonomous ship example, as soon as the other vessel stops being picked up by radar and other sensors, it will be forgotten about. Limited memory machines cannot learn from past experience in the same way that we do, they merely interpret actors in their world over a period of time.

The next two levels of AI take us from science to what is currently science fiction. Reactive machines and limited memory are in use across the world in a whole host of ways but theory of mind and self-awareness are still yet to come to fruition.

As we build machines which become closer and closer to the human brain, it makes sense to start borrowing from psychology to model what these machines will look like. Theory of mind requires machines to be able to build representations of the world which take into account the knowledge, beliefs, emotions, and intentions of others. This requires machines to understand that humans or other machines may hold different beliefs and act differently to them.

Children tend to develop theory of mind around age four, and it is a crucial part of how our society works. If machines will ever display human-like artificial intelligence, they need to understand the fact that each of us has different thoughts and feelings and may not have the same level of knowledge that they do.

The good news for shipping is that we don’t need machines which can display theory of mind or are self-aware to transform the industry. There are a number of exciting applications already being worked on by startups, shipowners and logistics providers. The obvious application for AI in shipping is autonomous ships, but in reality, there are far more interesting applications being developed to optimise business processes, voyage planning and vessel maintenance.

In April 2018, Hong Kong shipping line OOCL announced a partnership with Microsoft’s world-class AI research centre MSRA. After a 15-week development engagement with the Microsoft team, they were able to generate operating cost savings of $10million USD a year. They now plan to spend 18 months using Microsoft’s AI capability to further optimise their network operations and train a team of 200 artificial intelligence specialists to work with the 1,000 software engineers already employed by OOCL across the globe. 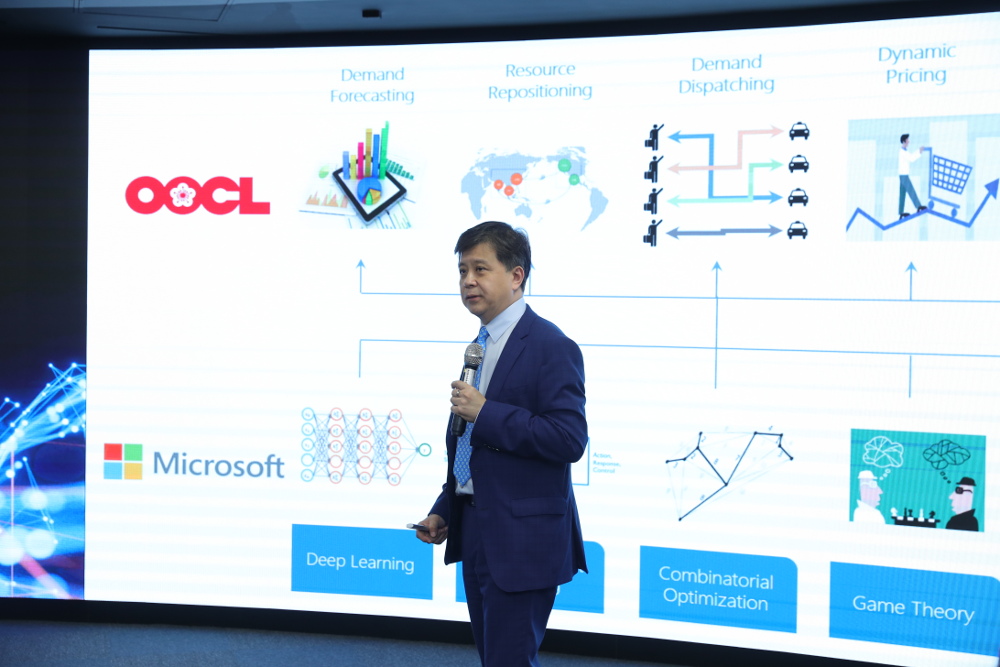 Another U.S based startup, this time on the West Coast is Maana. They have developed a knowledge platform which enables industrial companies such as Shell and Chevron to encode human expertise and data from across silos into a computational knowledge graph. This combination of data and knowledge is used to power AI driven applications that accelerate decision making processes and workflows. Essentially it ensures that the right people get access to the right information at the right time, which allows them to make the right decisions. The Maana knowledge platform has already helped a leading ship operator make better and faster port omission decisions, by creating a simulation model they were able to reduce decision making time for operations teams from six hours to 60 seconds.

An increasing concern for vessel operators around the world is cybersecurity. Maersk was the first major shipping line to fall victim to a major cyber attack, in June 2017 the NotPetya ransomware virus took over their entire IT system and brought the company to its knees. It took Maersk 10 days to recover, their IT team had to reinstall 4,000 servers, 45,000 PCs, and 2,500 applications. The attack is estimated to have cost the company between $250 million – $300 million USD. Cambridge based cybersecurity firm DarkTrace has developed an AI platform which learns what “normal behaviour” looks like within an organisation and can then monitor network traffic to find anomalies and predict attacks. Darktrace have implemented their enterprise immune system to a number of industrial businesses including across H&M International’s 1.5million container logistics network, and BT Global’s satellite operations.

Boston based startup Sea Machines Robotics builds autonomous control and remote command systems to upgrade the operation of commercial vessels. They have already launched a workboat system which can be retrofitted to existing vessels or installed to new builds for less than $100,000 USD. Sea Machines recently announced a contract with Maersk to install AI-powered situational awareness technology to their new ice-class container vessels. It is the first time that computer vision, LiDAR, and perception software will be used aboard a live vessel to augment and upgrade vessel operations. Sea Machines believe that their technology can help vessel operators to reduce their operational costs by 40% and increase vessel productivity by 200%. 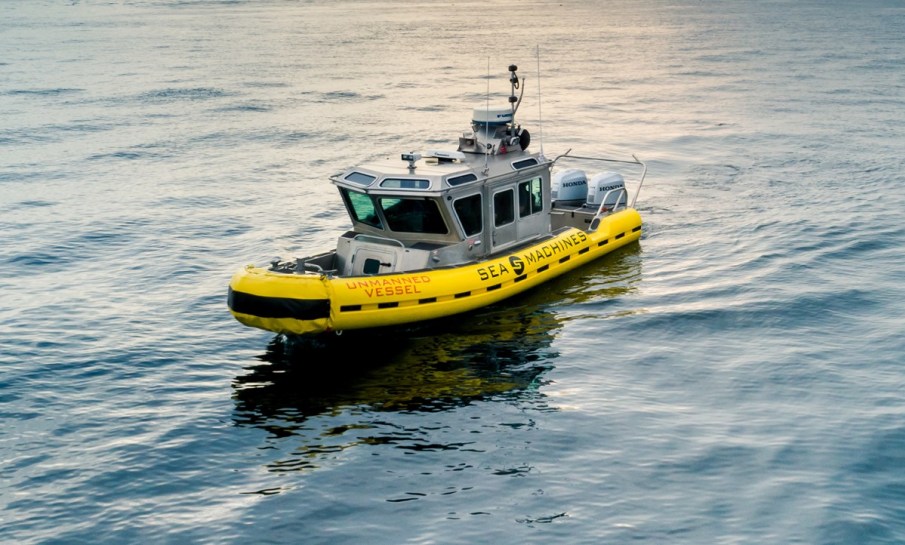 As an industry, we are barely scratching the surface of what’s possible when you bring shipping and logistics operations together with artificial intelligence. There is a huge amount of inefficiency in the global supply chain, but the complexity of the systems involved makes it impossible for humans to connect the dots on their own. As AI continues to develop in other industries, there is a massive opportunity at every level to capitalise on the trend.