By providing a secure, verifiable way to manage data, blockchain technology has the potential to revolutionise the way contracts are executed in the maritime industry. Unfortunately, maritime law hasn’t quite caught up.

We call blockchain trustless because you don’t have to trust anyone else for the system to function. Most systems rely on you trusting a central authority, but blockchain is different. It’s designed so that every user can verify for themselves that the data is valid.

Every user has a public key, which is like a lock that can only be opened or decrypted by their private key. Each block contains transaction data, a timestamp, and a cryptographic key to the previous block. Once a block is added to the chain, editing it would disrupt subsequent blocks, making it very obvious.

Our legal systems weren’t designed for blockchain. The few laws that attempt to regulate blockchain technology target cryptocurrencies, not the underlying blockchain.

The international nature of shipping adds an extra barrier: ensuring the new technology is legal in all relevant jurisdictions. By design, blockchain’s distributed ledger divides its data across multiple jurisdictions. This creates issues around data protection policies and anti-trust rules. In addition, decentralisation means that if the system fails, liability isn’t clear. Until key jurisdictions address these issues, they will limit the blockchain’s reach in international law.

Blockchain’s decentralised, open nature and immutability raise questions around data privacy and regulation. Which country regulates the data stored on the blockchain? The EU and China regulate the electronic transfer of data across borders, while several others regulate the protection of personal data. It’s impossible to enforce the right to privacy or the right to be forgotten in a blockchain.

No matter what form it takes, a contract must have certain key elements to be legally binding:

In principle, if a blockchain-based smart contract meets these requirements, it will be valid.

In practice, smart contracts face additional challenges. First, not all countries accept electronic documents. In addition, a smart contract is basically a computer program. Any errors in coding will lead to issues with the contract. Worse, once the programmed conditions are met, the contract will self-execute – there’s no way to stop it.

If you lose money through a programming error, you not only have to take action against the other party, but also against the programmer. While that’s not insurmountable, what happens if a latent defect sinks your new ship on her maiden voyage? You can’t build this condition into a smart contract, so you’d need to seek damages from the shipyard by traditional channels.

In some countries, sharing pricing information in public affects competition, while putting data on a private blockchain is anti-competitive. Even worse, not all countries recognise electronic contracts, digital signatures and digital transactions. Those that don’t are unlikely to recognise smart contracts.

If a smart contract self-executes incorrectly, who’s responsible for resulting losses? If a country imposes sanctions or changes import/export laws after a contract is in force, what happens when the contract self-executes? In that case, will the data on the blockchain be evidence to prove non-compliance? Will courts accept the evidence on the blockchain in claims against carriers if there’s a dispute? Does your insurance policy cover data loss or cybersecurity problems? Until these answers are settled, the reach of smart contracts is limited.

From charter parties and bills of lading to salvage and insurance, commercial shipping runs on contracts. Smart contracts can change and simplify the way we manage contracts in shipping.

Transparency isn’t a word most of us use to describe maritime contracts. Paper contracts (or electronic copies of paper contracts) bounce between parties in a convoluted dance, making it difficult to keep track. Conversely, contracts on the blockchain are visible to everyone with access, and the integrity of the record is guaranteed. Because any changes leave obvious traces, this transparency increases security.

An electronic bill of lading (e-bill of lading) serves the first two functions, but it’s not clear that it works as a document of title. It’s possible that some jurisdictions will accept it but others won’t, which presents barriers to widespread adoption.

Traditional bills of lading are transferable and can change hands several times in the course of a voyage. At the discharge port, the master has a duty to release the cargo into the custody of the first person to present a valid bill of lading. In most countries, the holder of the original bill of lading has the right to sue. It’s unclear how this will work with an e-bill of lading.

Before widespread adoption of e-bills of lading, many jurisdictions need to change their laws. The UK Carriage of Goods by Sea Act 1992 and the Hague and Hague-Visby Rules don’t cover electronic documents. Under these rules, carriage of cargo with an e-bill of lading may be considered carriage without documentation. The Rotterdam Rules address this issue, but they haven’t yet entered into force. In addition, the Rotterdam Rules leave each member state to decide for themselves whether the e-bill of lading (electronic transport record) is a document of title.

Starting in February 2010, the International Group of P&I Clubs agreed to cover liabilities arising from the carriage of cargo under approved paperless trading systems. In June 2019, they approved their first blockchain-based system, edoxOnline. edoxOnline manages electronic bills of lading, certificates of origin and many other electronic shipping and commercial documents.

During 2016, Maersk and IBM tested a blockchain-based bill of lading, tracking a consignment of flowers from Kenya to The Netherlands. In the trial, the system improved tracking of shipping containers, streamlined inspections, and reduced administrative costs. Following the successful trial, they formed TradeLens in 2018. By 2019, TradeLens had over a hundred participants and controlled more than half of the world’s container shipments.

Insurwave, a joint venture between EY and Guardtime, uses a blockchain platform to support marine hull insurance. They connect participants in a secure, private network with a clear audit trail and automated processes.

After a successful trial, Maersk continues to use Insurwave for its marine hull portfolio.

Built on Etherium, CargoX is a platform for blockchain document transfer. It provides a safe, smart and cost-effective solution for the transportation industry. The platform enables confidential document transfer in a trusted digital environment.

When customers create and sign cargo documents, the system transfers ownership directly to the intended recipient. They can add, remove, return, or destroy documents, and recipients can validate the source and prove ownership of their documents.

In 2018, one of the largest freight forwarders successfully shipped a container from China to Slovenia, processed with CargoX’s Smart Bill of Lading.

Based on Etherium, Shipowner.io aims to democratise the way ships are owned, bought, sold and operated. It uses blockchain technology to connect buyers and sellers of marine assets and services. Sellers generate virtual tokens to represent their assets or services. When buyers purchase the tokens, the transactions are recorded on the blockchain.

While maritime law is slow to adapt, it’s clear that adoption of blockchain-based technologies in maritime is growing. Once the laws and standards catch up with the technology, we’ll reap the rewards of a simple, secure, and cost-effective documentary regime. 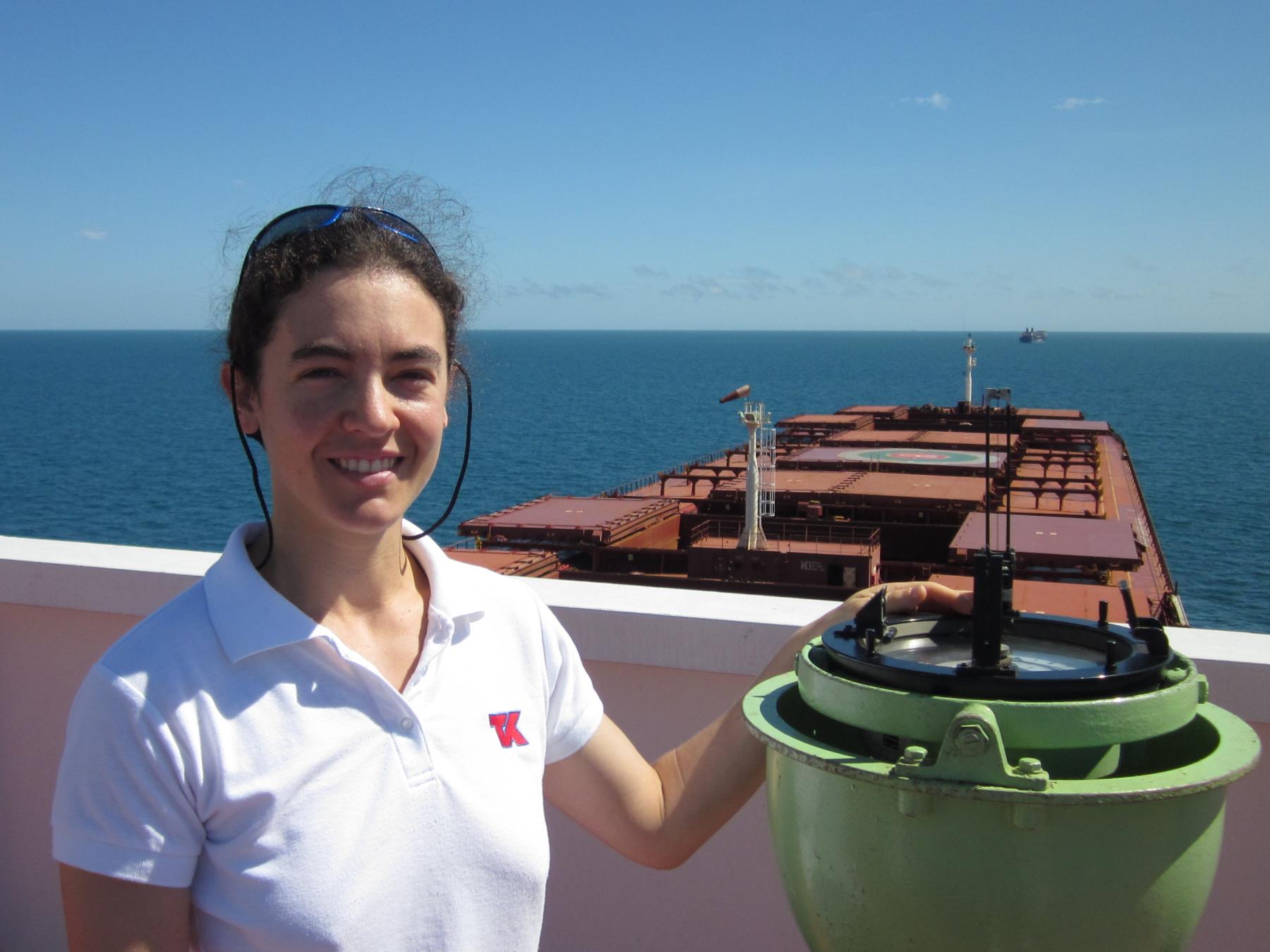